Tickets for this Saturday’s Rolling in the Aisles Comedy Club Night will be available from the front desk!

Ava Vidal is a cool and composed performer with an intriguing past. She was a teenage mum, she earned a living as a prison officer before turning to stand-up, a move inspired by watching Chris Rock. Ava became a mother at 18, and spent five years as a prison guard at Pentonville. A chance viewing of a Chris Rock routine… 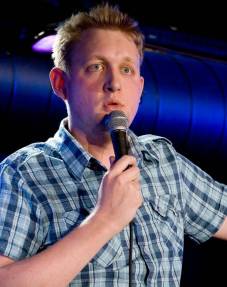 Howard Read is a comic, writer, animator and actor, in that order. He is best known for being one half (and the other half), of the Big Howard, Little Howard, the world’s first human cartoon double-act. He is also an acclaimed stand-up comic, writer, author, illustrator and animator.

Howard has just finished making his 13 part series Little Howard’s Big Question on CBBC on BBC1, which is now being repeated on the CBBC channel. A sitcom, with facts, LHBQ has appeals to children and adults alike. Described by The Daily Mail as “a joy, with clever scripts that ring true of that magical time of childhood, while, thanks to Big Howard, it’s incredibly, achingly funny”…

Joseph Wilson started his multi talented career at the age of 18 with aplomb and has flourished into a comedic force to be reckoned with. A stand up comedian, actor, voice over artist, a television warm up and a writer, Joseph has carved out an impressive CV. Joseph is a likeable stand up and impressionist who’s energetic, physical and improvised style has been wowing audiences from Britain, Holland, Israel, France & USA…

Tickets for this and other events are available from Waterstones, High Street, Kettering. By post including an SAE to Jaime Ferreira at Flat 1, 15 Havelock St, Kettering NN16 9PZ (cheques made payable to “PCC of St Andrew’s Kettering”).