Rolling In The Aisles Comedy Club presents an outstanding evening of fun and laughs in November 2019!

Mandy is the only woman ever to combine Comedy and Magic on the UK Comedy and Corporate circuits. She has a striking personality with a razor sharp wit and so creates a fantastic rapport, offering a great line in audience participation. She can adapt her show to any type of event and audience. Having performed all over the world from Comedy Clubs to the most prestigious corporate events.

“The digitally-enhanced magic of the superb Amanda Muden” – Evening Standard

“Mandy is going to be huge” – Billy Connolly

“This is a cool, polished performance from a woman of our time. I look forward to seeing Twayna on Live at the Apollo and taking on the panel show ‘boys club’ very soon.”

“If her career progresses as I expect it could, then maybe she will become a role model for future generations”

“Her boldness is charming. Bringing this show to the white, middle-class audiences of Edinburgh should be precisely what the Fringe is about”

Twayna Mayne’s distinctive style paired with her deliciously honest material has taken her to the finals of numerous competitions including the prestigious New Act of the Year & Up the Creek’s One to Watch. In 2016, she became a Leicester Mercury Nominee and starred in the prestigious AAA show at the Edinburgh Fringe.

Her highly anticipated debut show Black Girl achieved excellent critical acclaim at the Edinburgh Fringe 2017. Her extraordinary back story paired with her unique pop culture filtered execution singled her out as a newcomer to watch.

Twayna has recently appeared on Radio 4 Extra Best of the Edinburgh Fringe, BBC Scotland at the Fringe and BBC Radio 4’s Loose Ends.

She has also had her own BBC Radio 4 Series commissioned, coming in 2019. 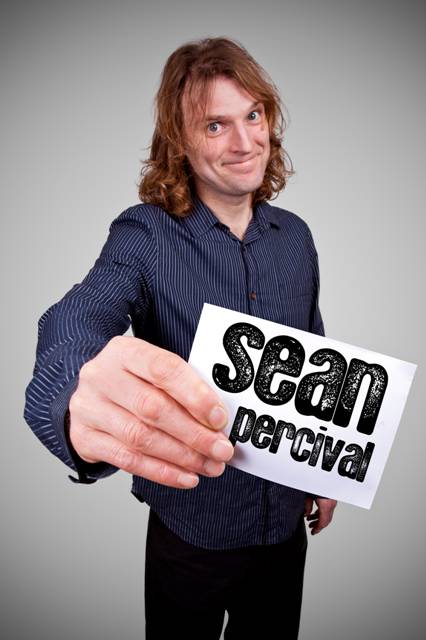 Black Country comic Sean Percival is an ex-welder from Dudley (“It’s a lovely place to come from but bloody horrible to go back to”) whose act is steeped in the traditions of the working mens clubs circuit, but bang up to date with its upfront attitude. Sean’s brand of comedy steers clear of the surreal and confronts realism in an explosively funny way.

A festival favourite, he has performed at the Edinburgh, Glastonbury and Reading Festivals, and as a well established headliner he performs at all major comedy clubs around the UK as well as being a regular host for the Jongleurs comedy clubs.

In demand as a script writer, Sean works regularly with likes of Johnny Vaughan for Capital Radio. He spent two years writing and performing on Capital fm’s drive time radio show in Birmingham and for Heart fm in Birmingham, and provided the voice for “Black Country Bob” on both those shows fronted by Talk Radio’s host and impressionist Ian Danter.

“Sean’s comedy is the comedy of honesty. His act is the working man’s revenge on the safe, middle-class, politically correct humour that has dominated comedy. Sean’s humour is not surreal, it’s not wacky, it’s just bloody funny. This is not smile humour, this is bust your gut rubber underpants stuff” (Joan Serone Bungalow, What’s On)

“…the big gold star of the show must be the long-haired man from Dudley. He came. He spoke. He had us curled up begging for more…Sean Percival was the best heckler worrier I’ve seen for years…” (Evening Mail TV)

“Absolutely brilliant – can we book him for our Christmas show please” Red Card Comedy, Norwich