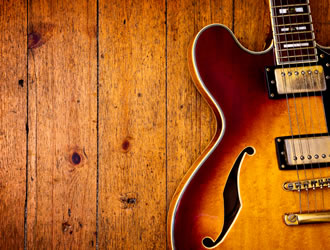 After the success of the Blues Band this summer, we have had requests for
more Blues music. So, in conjunction with Kontra Roots Promotions
we will be drawing together an evening line-up of superb Blues acts
from near and far. With great beers and good company this is a night
not to be missed by any Blues lovers, or live music aficionados.
Find out more about the line-up on the Potbelly Folk Festival
Facebook page and watch this space for more info soon.
From slide, fingerpicking or acoustic to ragtime, country or rock this
will be a great evening of live music.

The show will feature three of the finest Blues performers around at the moment:  headlined by the superb Matt Woosey http://www.mattwoosey.co.uk/ with thrilling, rhythmic finger-picker and slide player Mark Harrison http://www.markharrisonrootsmusic.com/ and Black Country acoustic blues duo Mellow Peaches  https://www.facebook.com/mellowpeaches.

MATT WOOSEY
Regarded by many as THE rising star of the British acoustic blues scene, Matt Woosey is a completely original rocking force of nature, a blues dynamo who has built up a reputation as one of the most powerful and hard working performers on the blues circuit. His refreshing and highly accomplished songwriting and playing skills combine acoustic blues, folk and rock with a stunning vocal delivery that has been nicknamed The Woosey Blues, and his ability to combine originality with a broad musical knowledge has gained him praise from sources as varied as Paul Jones (BBC2), Tom Robinson (BBC 6 Music) and Blues News, who recently described Matt as “the best British bluesman since Rory Gallagher”. With guitar playing that is often compared to Jimmy Page’s extraordinary blues-rock style, Rory Gallagher’s improvisational flair, and John Martyn’s heavy handed acoustic onslaughts, this genuinely breathtaking performer matches his instrumental technique with a singing voice that is so strong it barely needs amplification, and a charismatic on stage presence that guarantees every performance to be a unique and entertaining experience. (www.mattwoosey.co.uk)

MARK HARRISON
Recently described in the press as ‘one of the UK’s foremost acoustic blues performers’, Mark is a thrilling, rhythmic, finger-picking slide guitar player with an extremely distinctive style and sound. Taking elements of blues and folk, then adding his own twist to produce something totally original, his unique songs, with their memorable tunes and strong, compelling rhythms, tap into the timeless quality of the early blues to produce music totally relevant to the present day. Though Mark’s highly individual songs cover a wide range of non-standard subjects, they all have something to say or a story to tell, to make you move, think, or smile, and as a result his completely fresh take on the blues has been attracting a great deal of attention over the last year, winning him a steadily growing fanbase and glowing reviews (www.markharrisonrootsmusic.com)
MELLOW PEACHES
An absolutely wonderful acoustic blues duo from the Black Country, Amit and Rich play a zesty, highly entertaining mix

of down-home ragtime and roots that is completely irresistible. Heavily influenced by country blues and jazz, they cook up a storm playing original songs with an old time good-time feel, spiced with wit and finger-picking virtuosity. Their supple, playful guitar work and terrific melodies perfectly complement the vim and vigour of lyrics often whimsical, sometimes acerbic, but always memorable. (www.mellowpeaches.co.uk)