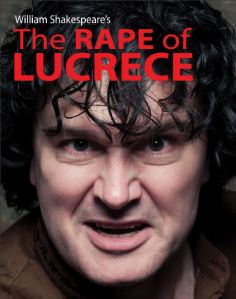 Olivier Nominated actor Gerard Logan brings his highly acclaimed one-man performance of Shakespeare’s beautiful, violent and agonisingly tragic narrative poem to Kettering Arts Centre. For both lovers of Shakespeare and those who are new to live performances of the Bard, this show will bring alive the transendent words of the greatest ever writer in the English language and this story is as searing in its social relevance as it is in its display of Shakespeare’s brilliance.

Gerard says “In performing “Rape of Lucrece” our aim is to give audiences a fresh sense of the magic of the spoken-word and a new, visceral impression of the greatest theatre-wizard who ever lived”

The show won 5 stars at the Edinburgh Festival in 2008 and Gerard has been touring it to rave reviews all around the country ever since, giving audiences a Shakespeare experience that they cannot get anywhere else. 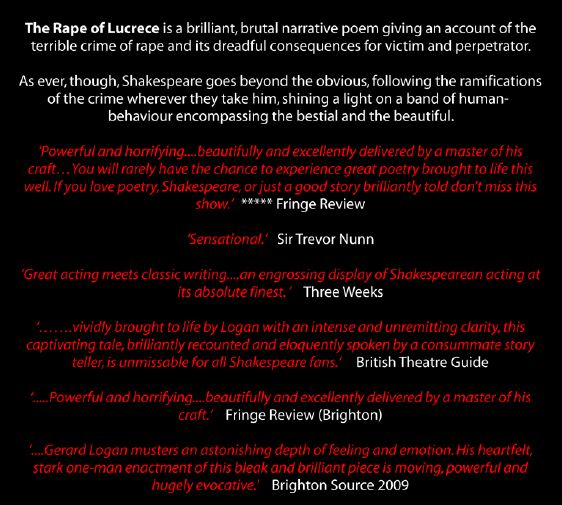 Earlier in the day, Gerard will also be leading workshops for sixth form students at Bishop Stopford school and after the evening’s performance he will hold an informative and compelling Q and A session for anyone who would like to stay.

Tickets are £8 (£7 concessions) for a night of top quality theatre and a chance to quiz the actor afterwards. Suitable for adults and young people from 12+ (contains adult themes)

Tickets available from our usual vendors and wegottickets