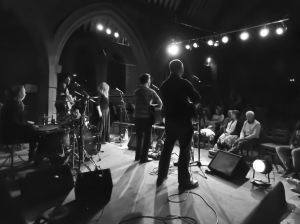 We are delighted to be beginning a new venture – a regular monthly club for lovers of live folk and roots music, building on the success of the twice yearly Potbelly Folk Festival.

The club will be co-run and promoted by Kettering Arts Centre and Kontra Roots and we have an exciting line up of acts for the autumn term. We want there to be variety, quality and of course the atmosphere and welcome that you have come to expect here.

A really exciting double bill of two of the most hotly tipped young acts on the folk circuit. Both acts have been recently nominated for the Radio 2 Folk Awards – don’t miss out this is going to be a great night at a bargain price of £8