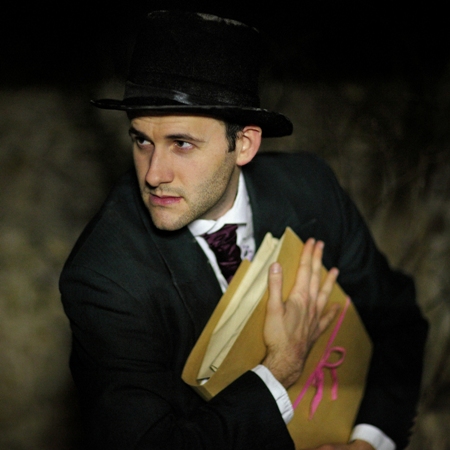 “Fog everywhere. Fog up the river where it flows among green aits and meadows; fog down the river, where it rolls defiled among the tiers of shipping, and the waterside pollutions of a great (and dirty) city…”

Join The Pantaloons Theatre Company for a fog-filled adventure in Victorian London.

When a dead body is discovered in Mr Krook’s Rag-and-Bone shop, a web of mysteries starts to untangle, with far-reaching consequences.

Hilarious, tragic and romantic by turns, Dickens’ darkly comic masterpiece is retold by The Pantaloons in their own inimitable style.

A company of five actor-musicians bring the novel’s cast of over 50 characters to life in a thrilling tale of love, skulduggery and spontaneous combustion…

“A down-to-earth and honestly hilarious adaptation… They’ve restored my faith in theatre.” (TheSprout.co.uk)