Tickets on general sale on 1st November 2013. Available to reserve/buy now for Members of our Friends of Kettering Arts Centre scheme only. To find out more and join the scheme, click here 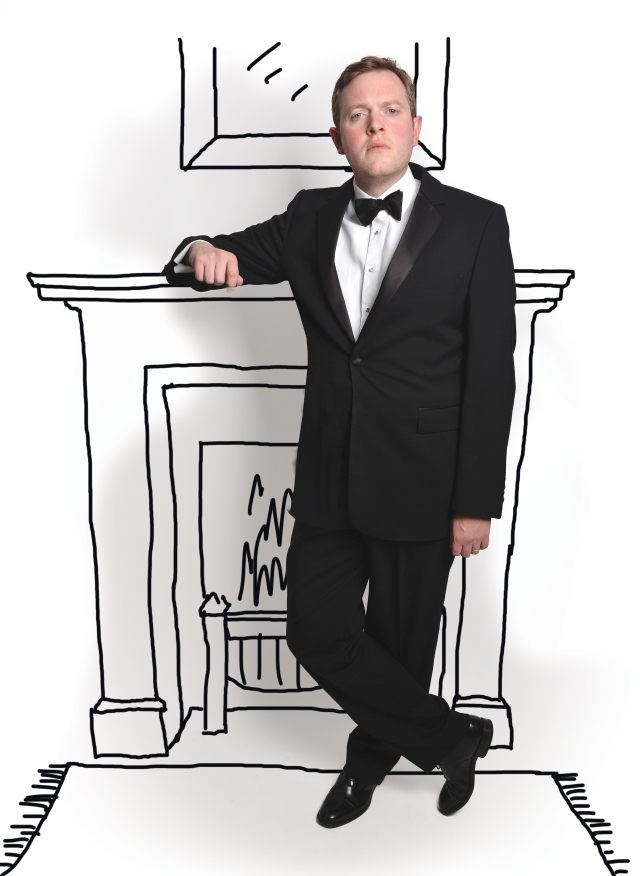 Miles Jupp – actor, writer and comedian – is making a return to stand-up and going on his first live UK tour since the hugely successful Fibber In The Heat with which he toured the UK twice and performed in London’s West End in 2012. He’s not been all that idle since – regularly appearing on Have I Got News For You, The News Quiz, Mock The Week as well as an assortment of other shows of that ilk and acting in Alan Bennett’s People at the National Theatre for 8 months.

In this show Miles will be discussing/ranting/describing: himself, you, domestic imprisonment, fatherhood, having to have opinions, hot drinks, the bloody government, bad balance, housing, ill health, the ageing process, navigation, other people’s pants and, inevitably, a number of other things.

Pretty spicy stuff, I’m sure you’ll agree.  Bits of it will be quite mild-mannered, and some of it will probably be a tad on the stroppy side.

It’s a man, standing on a stage, facing an audience, talking about some things and ultimately aiming to cover the cost of his white goods.

He played Nigel in Rev., John Duggan in The Thick Of It and Owen in Spy as well as appearing in Michael Winterbottom’s The Look Of Love and George Clooney’s Monuments Men.

A regualar on Radio 4, he hosts the panel show It’s Not What You Know, and his sitcom In And Out Of The Kitchen was nominated for a Writers’ Guild Award.

“Jupp being the alternately inept and outraged into an art form .Revealing a vulnerability not often seen in the modern male ,with rolling anecdotes and zany observations.Jupp’s endearing,sharp humour is irresistible”

“I could without a scintilla of exaggeration listen to miles Jupp every night for a month ,and still not tire of his delightful wordsmithery and mellifluous tones” The Scotsman ****