HO HO HO! Kettering Arts Centre is looking forward to the festive season with this jolly event to bring on the Christmas cheer!

It is the return of our winter favourite – Comedians and Carols!

Enjoy a fun-filled evening of laughter and song, bring your friends and family and wear your Christmas jumper!

Tickets £12/£8 onsale soon via our friends at Waterstones, Kettering and WeGotTickets. 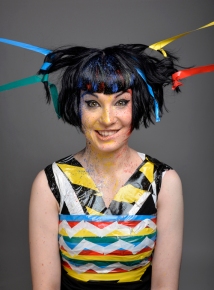 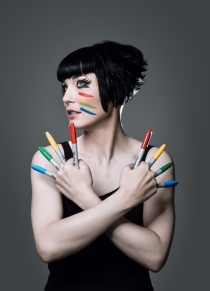 Australian-born and now London-based, Bec Hill has gained a cult following in Australia, the UK and Ireland thanks to her award-winning solo shows, Twitter presence and popular YouTube videos. She has a talent for incorporating arts and crafts into her stand-up routines, creating a unique and unforgettable comedy style that she calls “paper-puppetry”. Bec can be found as a guest on the 2nd series of “Dara O’Briain’s Go 8 Bit”, a judge on “Sam & Mark’s Big Friday Wind-Up”, and the voice of several characters in “Mass Effect: Andromeda”. She has also appeared in every series of CBBC’s “The Dog Ate My Homework”, and starred in the Sundance UK Grand Jury Prize winning short film “Russian Roulette”. Her one-liners regularly feature in “best joke” lists by “reputable” sources like  The Telegraph,  Dave,  The Guardian,  The Independent,  Daily Record and  Buzzfeed, which isn’t surprising, as she is the creator of the UK’s only pun-based comedy night, Pun Run. She has also written for The Amazing World of Gumball, Bluestone 42, Dilemma, The Now Show and her first short animation directorial debut, “Scoring Pointes” aired with Disney in 2016. She was also one half of the award-winning, critically-acclaimed family comedy double-act, Bec & Tom.

★★★★ “Hill is a multi-coloured ray of eternal sunshine. In a world of pain and darkness, her total lack of cynicism is refreshing.” The Scotsman

★★★★ “Silly, fun and a seemingly bottomless well of enjoyment, Bec Hill on stage is someone we all should aspire to be.” Broadway Baby

As seen on Britain’s Got Talent, Welshman Noel James made it to the live semi-finals in 2018. A regular on S4C and Radio Wales, Noel James is a charismatic performer whose quick wit, warmth and charm have served him well in the stand-up comedy clubs of the UK and overseas. He has been involved -in the past – in both performing and writing for theatre, radio and television. His passion for acting stretches beyond the confines of just comedy; his versatility and readiness to learn new skills have opened up other avenues, including presenting and musical entertainment.

“Liberates the lunatic side to our personalities – brilliantly!” – Time Out 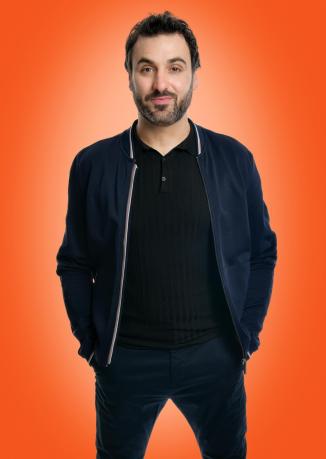 Funny and adorable Irish/Iranian/Teessider comedian Patrick Monahan knows how to work a room and engage an audience with a strongly skilled blend of ad lib banter and stand up. Patrick has worked his way up the comedy circuit ladder and has performed at the Edinburgh Comedy Festival for a number of years at the Gilded Balloon. Patrick is a regular TV warm up comedian appearing on the ‘Paul O’Grady Show’ and came to the public’s attention winning ITV ‘s ‘Show Me The Funny’, ten years after winning ‘Take The Mike’ on the same channel. Monahan also holds the world record for “Longest Hug” at a time of 25 hours and 25 minutes, alongside fellow comedian Bob Slayer. They set this record at Edinburgh Fringe Festival 2013.

Howard Read is a comic, writer, animator and actor, in that order. He is best known for being one half (and the other half), of the Big Howard, Little Howard, the world’s first human cartoon double-act. He is also an acclaimed stand-up comic, writer, author, illustrator and animator. As a Stand up Howard Read is brilliantly off the wall. Totally silly, songs and jokes and stupidness. The man is a baffoon of the highest order. And in this business that is a good thing. 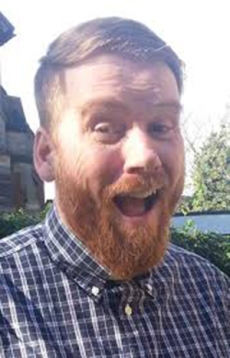