Talented award-winning writer and stand-up, Mark Maier, is an established and highly sought after performer on both the national and international comedy circuits.

He has worked the comedy clubs of Germany, Holland, Ireland, Hong Kong, The Bahamas, South Africa, Australia and New Zealand and has also appeared at The Comedy Store in Los Angeles and Caroline’s in New York

Amongst his many credits, Mark has taught and performed improvisation with Catherine Tate in London and has had a string of successful radio series, in which he both wrote and performed in.

‘Confident, personable and always in control’ The Stage

‘It’s high time someone gave hima TV show of his own!’ The Guardian 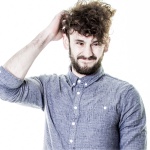 Clayton Has been doing comedy since 2013 and has established himself as a regular on the Uk comedy circuit. He has performed all over the Uk , with 2 one man shows at Edinburgh Festival 2015 and Leicester comedy Festival 2017. He is a Obsevational comedian that has gained followers all over the uk.

“Clayton is fast becoming one of the most “must see” performers on the British Comedy circuit!” ” – WOC