Events from September through November 2015

The team has been hard at work compiling yet another programme of exhilarating entertainment for your delectation. Running from September through to the end of November, we hope, like us, that you will agree this is another fantastic programme.

…and this is my friend Mr Laurel

A little slice of cinematic history is revealed in this charming one-act play.

Actor Jeffrey Holland, (Hi-de-Hi, You Rang M’Lord), has achieved a long-held desire to pay tribute to his hero Stan Laurel. Jeffrey, who was cast as Rene for the 25th anniversary stage tour of ‘Allo ‘Allo, now becomes Laurel in …and this is my friend Mr Laurel. Continue reading…

Rolling in the Aisles Comedy Club Night with Vikki Stone

It may be the harvest moon ten days hence but we have gathered an excellent crop of comedians at Kettering Arts Centre for this Comedy Club night.

Topping the bill is the multi-talented Vikki Stone. Winner of the 2011 Soho Theatre Stand-Up Award and a nominee for Best New Show at the Leicester Comedy Festival in the same year, Vikki is also an accomplished musician. Continue reading…

Fresh from playing station master Mr Perks in the Olivier Award-winning production of The Railway Children at the King’s Cross Theatre the comedian and actor Sean Hughes is taking his Mumbo Jumbo Tour around the UK. Continue reading…

“Is this a dagger which I see before me?”

It may well be, but then again… this is The Pantaloons doing what they always do, presenting the classics in a different light. Making a swift return to Kettering Arts Centre following the production of Pride and Prejudice the company finger (dagger?) has fallen on its next victim. Continue reading…

The Autumn Potbelly Festival will feature another eclectic mix of music to cater for all tastes.

Organiser Kev Buxton has pulled together another fantastic line-up of acts to perform throughout the day and into the night. In addition to this he has incorporated a new event into the festival – The Potbelly Song Contest. Continue reading…

Rolling in the Aisles Comedy Club Night with John Ryan 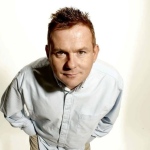 Gareth Berliner, the opening act, has been performing stand-up in the UK and internationally for more than five years and as an actor, was cast as Macca in Coronation Street. Continue reading…

It is comedy to the fore as Stewart Francis takes to the stage with his 2015 tour Pun Gent.

The Canadian, who is largely based in Britain, is a well-known face on the comedy circuit and the television screen. He was a regular guest on Mock the Week (BBC2), his first appearance making such an impact he was invited back many times and has now been a panellist on 12 episodes. Continue reading…

The always entertaining brass band, Boobs and Brass, will be filling the Arts Centre with the sound of music for this fund-raising concert.

Boobs & Brass is an exceptional class act with a repertoire that features the classics, pop, show tunes and more. Continue reading…

The Kettering-born comedian James Acaster has tapped into an unusual source for his latest tour.

Speaking from personal experience, James will be focusing on the time he recently spent during his jury service. That, in itself, would have provided ample ammunition for this young up-and-coming comedian. Continue reading…

Rolling in the Aisles Comedy Club Night with Jim Tavaré

Our final Comedy Club offering for 2015 features another trio of diverse acts. Introduced as always by your genial host, Nick Wills the opening slot goes to the opinionated, and bearded, Tiernan Douieb, (rescheduled from July). Continue reading…

You may also buy or reserve tickets from Jaime Ferreira by email at office@ketteringartscentre.com or online at We Got Tickets ( subject to a booking fee).

*Please be aware that tickets for non-members will only be available for purchase from July 24th 2015 onwards.

This annual event offers the public an opportunity to view the varied art styles that represent the recent works by members of the St. Andrew’s Church Art Group, some of whom will be in attendance to answer any questions. Many of the paintings on display in the exhibition are available to purchase at the time of your visit but will not be available to take home until after the event. Continue reading…