Loads of Fantastic Comedy at Kettering Arts Centre this October

Posted on September 22, 2013 by ketteringartscentre 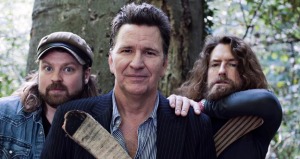 On 2nd October we are delighted to be welcoming 3 hilarious Canadian comedians: Stewart Francis, Craig Campbell and Glenn Wool – each performing their own set in a show called The Lumberjacks. There are still tickets left, at £16 (cheapest tickets on their national tour!) available from Waterstones Kettering or online here.

Then on 10th October we are welcoming back, old favourite, Jeremy Hardy with a brand new show for his 30th year of Stand Up. The veteran comic is hugely popular, especially as a Radio 4 personality, but also as an acerbic, doleful and politically fervent stand up. There are still some tickets left at £14 and the amazingly cheap £5 for the unwaged! (from the same vendors as above).

To top off our October comedy line-up, we have man of the moment, Tony Law bringing his unique shouty but meaningful nonsense on 19th October. Fresh from a sell out tour and as seen on all the panel shows, this is a show not to be missed. Grab a ticket at just £12 from the usual vendors, as above.

So let’s do Kettering proud and put us on the Comedy map as we attract great comedians to our quirky and unique venue. We can only do it with your support, so come along and tell all your friends…