Posted on January 18, 2012 by ketteringartscentre 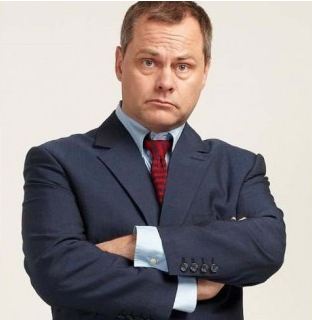 We  hope you are as excited as we were when we learnt that everyone’s favourite sharp-suited, grumpy comedian Jack Dee wants to come to Kettering Arts Centre!
Jack is known as the host of Live at the Apollo, the first ever celebrity Big Brother winner, Shooting Star’s taciturn team captain, star of his own sit-com “Lead Balloon”, not to mention the John Smith’s penguin ads… he is a comedy institution and we are thrilled that he has chosen us as one of his smaller venues as warm-ups for his big tour.

Tickets are available to members of the Friends of Kettering Arts Centre only, until 29th January, then on general sale.

To become a member contact Becky on willsbecky@googlemail.com for a form. Membership costs £4 (£6 for a couple) for 2012